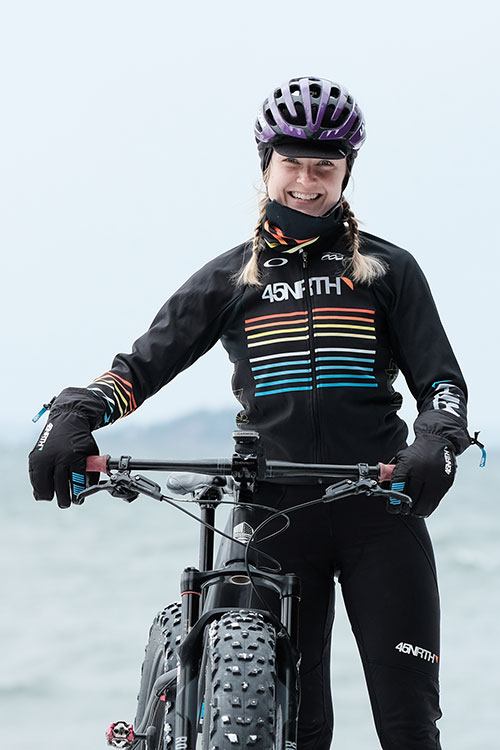 A socially-motivated bike racer all seasons of the year, with an emphasis on snow, dirt, gravel, and cyclocross and a love of travel, new event experiences, baking, sleeping, and animal companions.

Vanhelga! Also, any studded tire with a least a few XL studs when dealing with ice!

Favorite, or most notable, winter fat bike accomplishment or experience

My first season of fat bike racing I won the 2012/2013 Northern Michigan Fat Bike Series (now known as the Short’s Brewing Fat Bike Series) mostly on borrowed fat bikes, until I bought my first fat bike (the original Salsa Beargrease). I learned back then how fun the fat bike community is and was hooked! Since then, I’ve podiumed in the Great Lakes Fat Bike Series every winter that it has been held.

Biggest piece of advice you have to a new rider

Oh my gosh, remember to stay loose on that fat bike and don’t be afraid to let out air pressure!